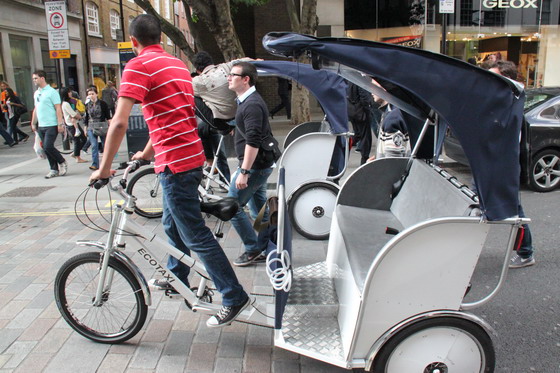 Get  a Unique Travelling Experience while ride in London rickshaw. It is not only imposing buildings and battles that sculpt the face of cities like London but also its heritage and cultural outlook to life.

London has always been the hub of cosmopolitan lifestyle. People from all corners of the world visit the heart of the British throne to taste its colorful heritage. Another enhancement to bring in more fun and fare in the already vibrant London is rickshaws or pedicabs. They have been in South Asian countries for decades now due to cheap cost and entertaining rides but London has them now as tourist attractions. Pedicabs in London are mostly limited to central London where people can catch a ride to nearby places for a minimal amount and the best part its open to bargain and negotiation. Isn’t that fun? As they say a city is best explored on foot but a city of the size of London, it’s often tiring. Rickshaws are an economical, green and interesting ways to do the same.

The euro zone has been unfortunately facing a severe economic crisis, in such times rickshaws have also provided employment to a lot of people. This technology driven world has been eradicating jobs at a fierce pace; rickshaws in such a time have been welcomed by locals and tourists equally. Though there have complained about traffic congestion at peak hours but there are few things that can corrected with proper management and coordination. Safety concerns have also been addressed by timely registrations and renewal process laid down by the city council. Well a rather amazing fact is that these rickshaws are also used for mass marketing purposes. Recently the Nokia Lumia was advertised on London rickshaws and received unexpected positive reactions. The applauded thing about London rickshaws is that they have zero carbon emission and are absolutely noise and pollution free. Apart from this these pretty little pedicels dot the central London make it look even more Victorian and takes us back into that era of chariots and carriages. Pedicabs provide the driver an honest hard earned labor and the rider the best way to see London and its beautiful.

Rickshaws in London are mostly owned by big companies who use it for providing commutation too tourists and marketing at the same time. These rickshaws have their own safety standards and checks before hitting the road. In away London as a city was never built for cabs or tubes but for horse driven carriages.  So rickshaw in London makes a good substitute for a bicycle if you wish to enjoy the city at your own pace and with someone. Also they make the perfect way to get eye attention for an outdoor media campaign. Unlike India and other south Asian countries, London cabs have female riders as well, one of them Shirin Gerami, became the first Iranian women to become a triathlon participant in the world championship. Also these riders could provide with quick tips ranging from good eateries to museums, local shopping districts etc. Lastly, is it safe to ride these rickshaws? Of Course these vehicles follow manufacturing standards and the riders are trained to be tourist friendly and have their own code of conduct. 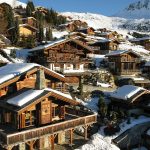 A Quick Look At Why It Could Be Your Best Choice! 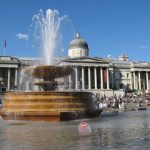