9 Things You Shouldn’t Bring on Your Next Trip 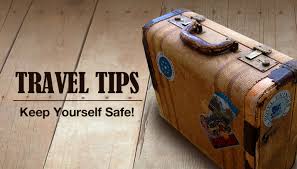 There’s a huge marketplace out there for items designed to make travel easier and more comfortable, from gear stores in airports to the wacky online catalog from Sky Mall. But the reality is that many of these items won’t actually improve the way you travel, and instead will lead to more distractions, more unpleasant encounters with others and, well, just more stuff. Here are nine things you almost certainly don’t need on your next trip.
couple with selfie stick

Unless you want to be booted off a plane and dumped at O’Hare — or just be the most disliked person on the internet for a few days — don’t bring a gadget like the Knee Defender that will prevent the person in front of you from reclining his or her seat.

There are other devices that create partitions between seats (such as My Plane Space and the EZ Sleep Travel Pillow), all of which clearly seem not only to protect the space of the person deploying the device, but also to invade his or her neighbor’s space. Anything that makes your comfort another person’s misery is a deal-breaker.

Over the years I have read a lot of packing advice that recommended folks travel with an iron, and it seems to me among the worst ideas I have ever encountered. First, it is a large, heavy item that you will use for perhaps 10 minutes on any trip. More importantly, many hotels have an iron right in the room, making bringing one akin to packing a television or clock radio.

Sure, some accommodations don’t have irons — youth hostels or some Airbnb rentals, for example — but the truth is that if you’re staying in the type of place with no iron in the building, you probably don’t need pressed clothes on that trip.

Some folks love their selfie sticks, while others consider them a modern scourge. I can see both sides of the argument. On the one hand, selfies are fun, and a stick helps you get a better angle; on the other, it’s bad enough to compete with crowds at popular attractions without adding dozens of poles to the pileup.

Many hotels offer bathrobes for guest use during their stay, so packing one is often unnecessary. But even if your hotel doesn’t offer this perk, a bathrobe will take up half your suitcase; it’s not worth it. Pack some comfy PJs instead.

This is the primary evidential item in the “How much crap do you need on a flight?” debate, geesh. Seat back organizers (like this one from Amazon) are designed for cars, but some folks bring them on planes too.

If you have kids you need to entertain on a long flight, this might help — although even then it seems likely to cause kids to pick at and whack the seat back in front of them, so I can’t entirely recommend it.

My take? If you feel the need to purchase and pack one of these, you are definitely bringing too much stuff. Rethink and repack.

6. Face kinis and Other Fads

There are some fads that are fun to join, and others best left to fade away. Certainly an example of the latter is the Facekini, which is just scary. Pack sunscreen instead.

Neck pillows seem to me to be the great still-to-be-perfected travel item — why, oh, why can’t someone make a really good one?! — but with this someone is clearly trying too hard. Just look at it.
woman with headphones on train

I get that giant headphones are fashion accessories at present, but they make little sense as a travel accessory. Some travelers swear by noise-canceling headphones, but these are often slimline enough, whereas large fashion headphones are not. Most super-efficient travelers stick with earbuds, which are low-weight and low-profile, and less likely to mark you as a rich tourist.

Despite my considerable reliance on a smartphone (and to a lesser extent a tablet) while traveling, I am not a full convert to e-readers. First, the decreased ease of peeking ahead or going back a few pages adds friction to the overall reading experience; and second, books don’t need charging, or careful handling, or any number of other things that can be tricky on the road.

That said, even a small paperback weighs almost a pound. Magazines are slightly lesser offenders (unless you’re taking along a giant stack of New Yorkers), but if you’re a voracious reader or you need enough books for a lengthy trip, the weight of your reading material can add up quickly. Unless you donate or discard things along the way as you finish with them, you should probably ax books from your packing list in favor of an e-reader. 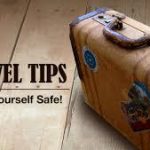 Things to Keep in Mind When Travelling Abroad